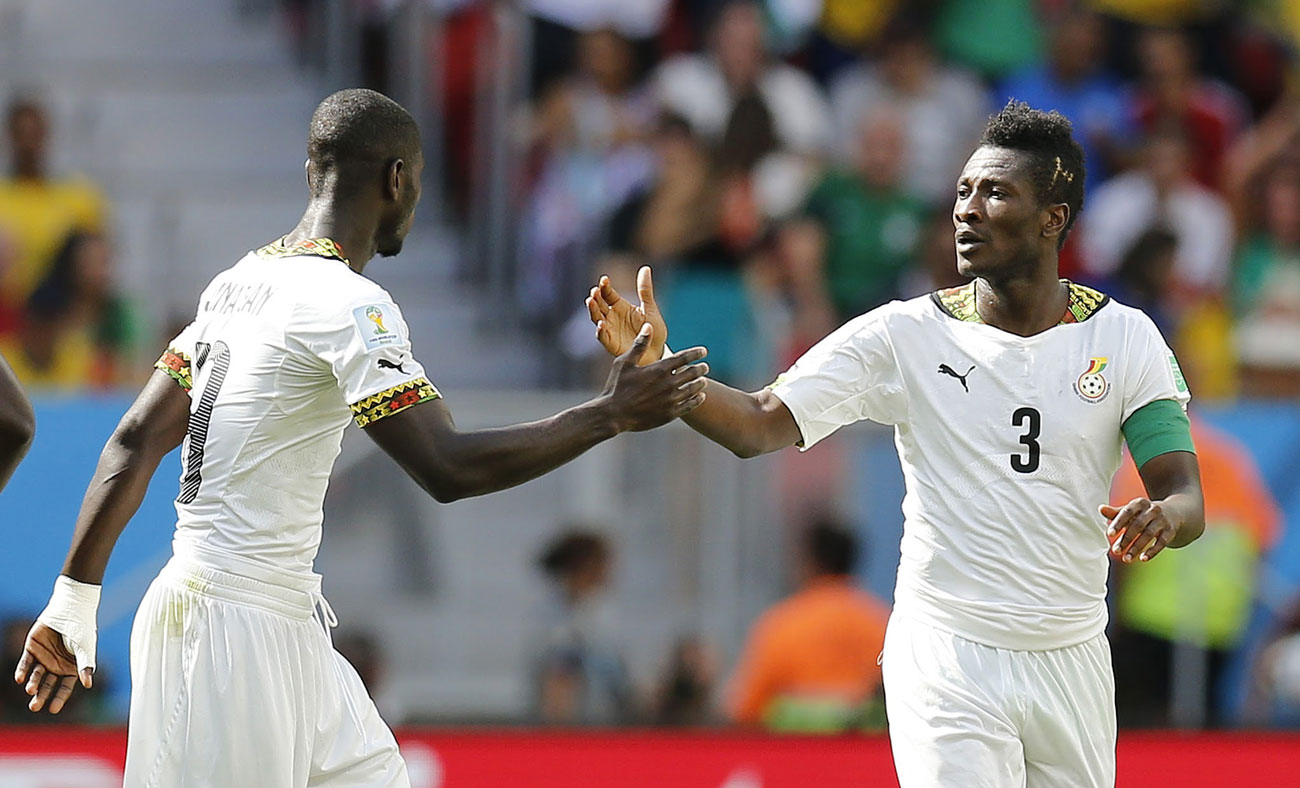 History and protagonists of Ghana’s football

Integrative, educational and fun. This is the way to perceive football in Ghana, an African country that has been able to spin off great talents such as Michael Essien, Asamoah Gyan, Samuel Kuffour and Sulley Muntari, in that in the course of history has been considered to be the Brazil of Africa.

The achievements of the Ghanaian nation

Together with Egypt and Cameroon, Ghana is one of the most known African countries in terms of football and boasts of winning four African Cups (1963, 1965, 1978, 1982). To these 4 wins are added 5 missed finals, which further increase the scoreboard. The Black Stars (which is the name given to the national football team) are deeply loved by their Ghanaian supporters and when the national team plays the friendly walls the stadiums are always filled.

Ghana participated in the 3 finals of the World Cup (2006, 2010 and 2014) and boasts a historic qualification in the quarter-finals of 2010. Many Ghanaian players have played in the most prestigious tournaments in the world and among them is Asamoah Gyan, the record holder of attendance and goals with the Ghanaian national team (50 goals in 103 appearances) is the one that stands out.

Also of great importance in the career of Gyan, who in 2003 begun in Serie A with Udinese. After a brief exchange in Modena, he returned to Udine and in the 2007-2008 season scored 11 goals in 38 games. The following year he moved to Rennes for 8 million euros and scored 13 goals in 24 games. Gyan is ready to fly and in 2010 passes to Sunderland, in the Premier League, for a figure that is around 15 million euros. This same year FIFA decides to place him among the candidates for the Golden Ball.

On September 10, 2011, he passes to the Al-Ain Arab team and becomes a legend: he scores 122 goals in 119 games and conquers 4 championships in 5 years. In 2015, he moved to China and became one of the most paid players in the world (32 million Euro two year contract). Currently Gyan is in the Al-Alhi Club, a leading Dubai-based club in the UAE championship.

Another indisputable star of Ghanaian football is Michael Essien. After dragging Bastia back to the UEFA Cup final in 2002, he moved to Lyon in 2003 and contributed to the victory of 2 championships and 2 Supercups in France. Roman Abramovich, the owner of Chelsea, in 2005 lent him to Lyon for 38 million euros and Essien repays him with an exceptional performance that year which ends with the victory in the Premier League, which was the first time in the history of the club. 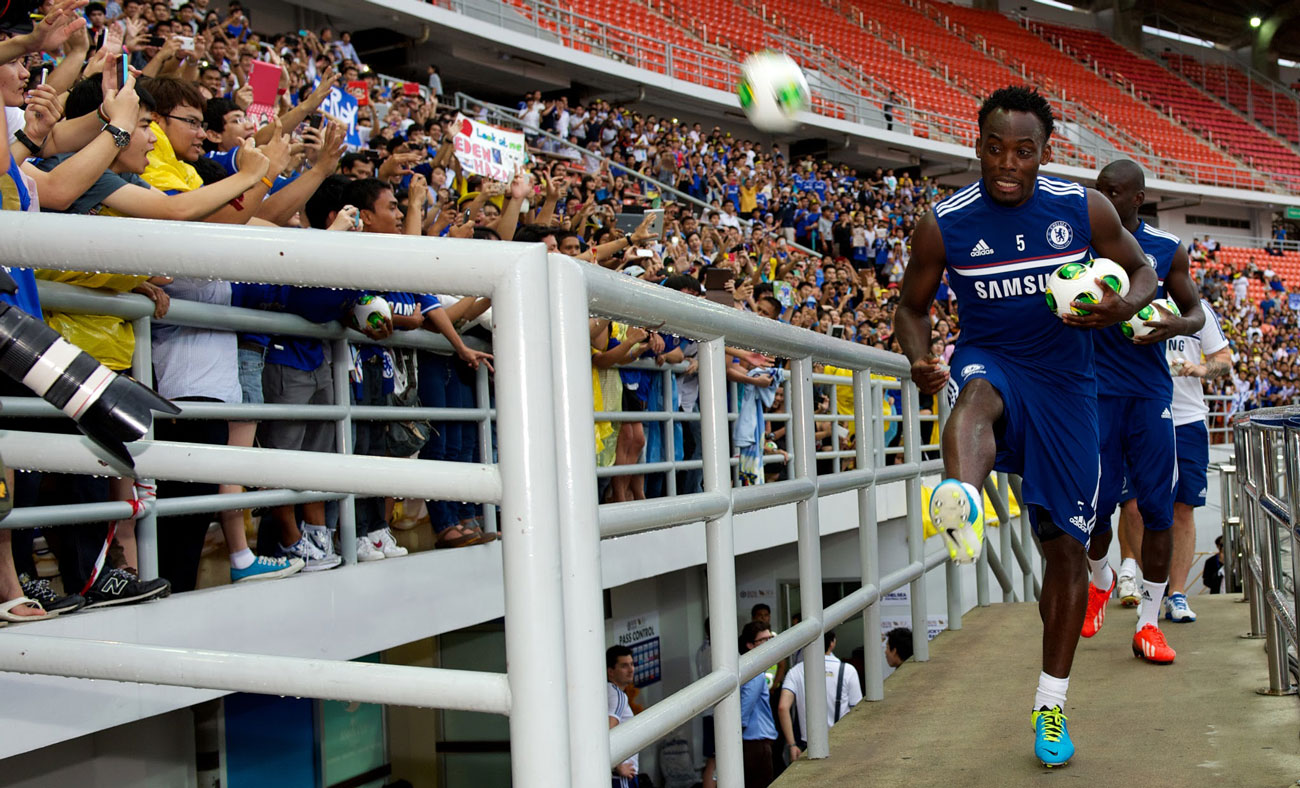 Injuries slowed down his performance and in subsequent seasons could not continue playing much. On August 31, 2012 he was lent to Real Madrid, and then returned to Chelsea and in 2014 was bought by Milan. A year and a half in drab as he was not able to score a goal (0 goals in 22 appearances). In 2015 he signed a two year contract with Panathinaikos but the sun is setting on his career is now with (11 appearances and one goal). He is currently playing in Persib, an Indonesian team owned by Erick Thohir.

Another footballer acquainted with Italian football is defender Samuel Kuffour, a former player in Italian football series (Torino, Rome, Livorno). Without a doubt he is the Ghanaian player who has achieved the most. In the 9 years at Bayern Munich he won 5 championships, 4 German Cups, 5 League Cups, 1 Champions League and 1 Intercontinental Cup. And won the Supercoppa Italiana with Rome in 2007.

Sulley Muntari has also had many wins, currently in full force in Pescara. Force and determination are Muntari’s main weapons, together with great heart able to run for the full ninety minutes. After a historic England Cup won with Portsmouth, he moved to Inter and wins at every occasion: 2 champions, 1 Italian Cup, 2 Italian Super Cups, 1 Champions League, 1 World Cup for Clubs. In May 2017, Muntari was the victim of an episode of racism during Cagliari-Pescara match. On that occasion, the H.Consul Colasuonno Taricone made his voice heard by defending the player and in the days ahead he met with some referees to promote an awareness and campaign against racism on the green field.

“In Ghana, football is lived 360 degrees, and when the most famous players land at the airport they are greeted as real idols,” explains Ghana’s Honorary Consul Massimiliano Colasuonno Taricone, who, in addition to being a well-known football expert, is a key in the Trasacco Group; the family business that a few years ago undertook the restructuring of the Accra Sport Stadium, the flagship of Ghana’s sports infrastructure.