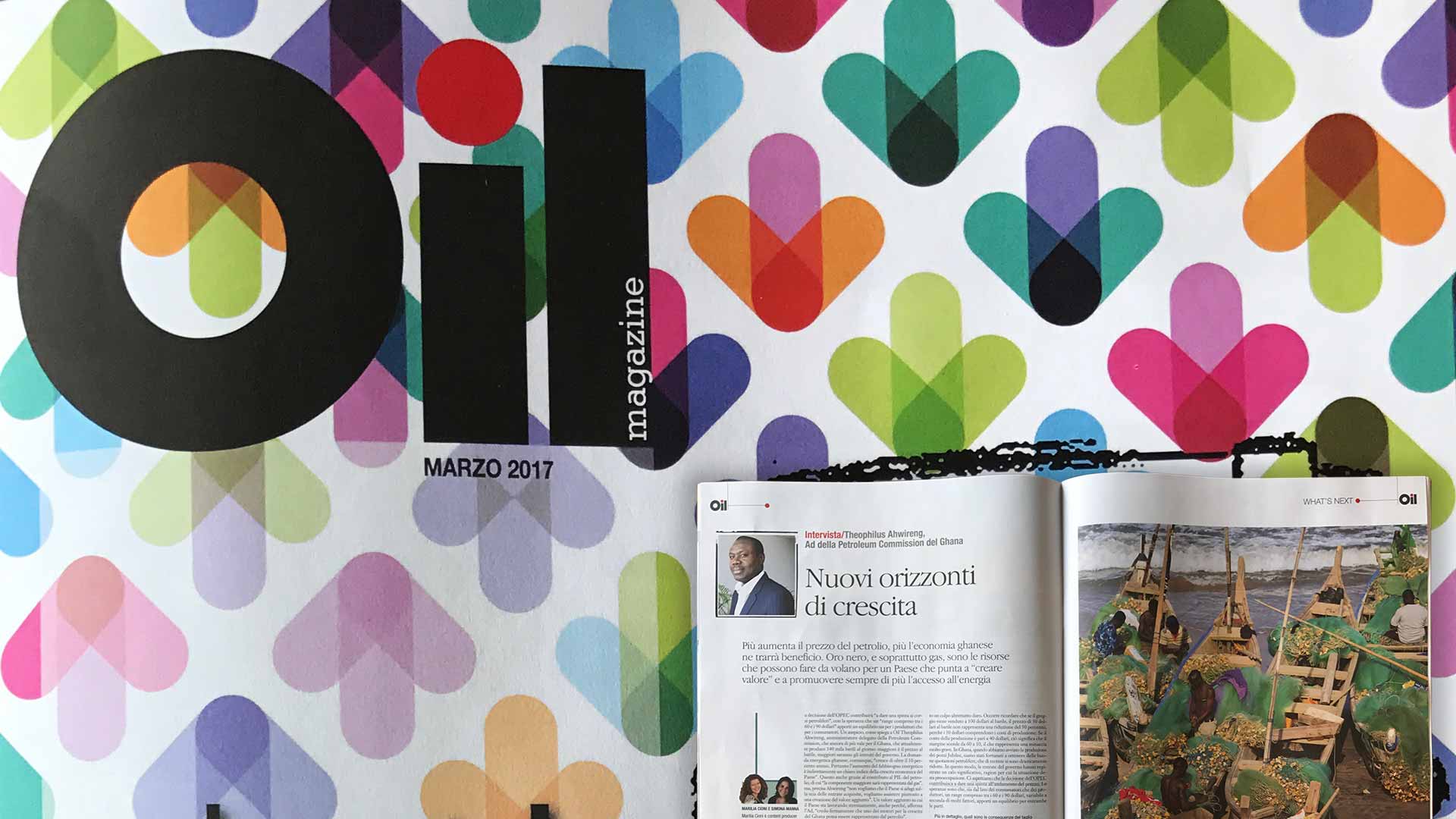 Oil, Gas and Energy Development. The Future of Ghana as narrated by the Oil Magazine

What’s next? Is the question on the Covering page of the latest edition of the periodic Oil Magazine issued by Eni, dedicated to the future of energy released to the public on 14 March 2017. The Magazine interviewed Mohammad Sanusi Barkindi, the General Secretary of OPEC (Organization of the Petroleum Exporting Countries), on the prospects of the global petroleum market following the recent agreement stipulated between the thirteen exporting countries of crude oil that are part of OPEC to reduce the production of petroleum of 1.2 million barrels a day and to consequently align itself with the other 11 exporting non OPEC members that have chosen to cut the production of oil to 600 thousand barrels.

“a really historic page for the global petroleum industry” said Mr Barkindo in the Oil Magazine, necessary for “ re-equilibrating the market and to rebuild a fair relationship between supply and demand in a way to ensure stability”

The increase in the price of petroleum is certainly the launching trampoline for the states that are accosting to the global energy market. Among these is Ghana, which Eni has dedicated in this issue an interview with Theophilus Ahwireng, the Chief Executive Officer of the Petroleum Commission of Ghana to offer in-depth explanation of the situation . Ahwireng has declared that Ghana will produce 140 thousand barrels of oil a day and that “As soon as the frequency begins to rise again, government revenue will increase significantly
“ I firmly believe that one of the motors for the growth of Ghana can be in petroleum” explained the CEO. A belief supported by data collated in 2014, when the oil market of Ghana generated government revenue of 1 billion, (compared with 300 million euro in 2016).

Ghana is witnessing a rapid growth in energy demand (over 10 percent per year) and is preparing to inaugurate the project OCTP Sankofa-Gye Nyame of Eni; from oil reserves, Ahwireng said “there will be 200 thousand barrels of oil extracted per day and 300 million standard cubic feet of gas per day, contributing significantly to the country’s electricity generation.”