What is the political situation of Ghana?

Ghana is a presidential republic in which the President of the Republic (and Head of Government) and Parliament are elected for four years by universal suffrage. The President can only be re-elected one more time after serving a first term.

From 1992 to today, seven elections have been held in which political power has been exchanged between the two main political parties – the National Congress Democratic, which is inspired by center-left values and the New Patriotic Party inspired by conservative and nationalist views.

Ghana’s current president is Nana Addo Dankwa Akufo-Addo, leader of the New Patriottic Party, who has been in office since January 2017 after the defeat of his rival, John Dramani Mahama of the National Democratic Congress.

Ghana is one of the most stable African states, from a political perspective, with values of patronage, tolerance and mutual respect for the various ethnic groups are common across the population.

The History of Ghana

In the 14th century, the country was inhabited by different ethnic groups: on the coast line the mighty Denkyira Kingdom, in the centre and in the north the Akan tribe. The Ashanti tribe is one of the most important Akan tribes, settled in the forests and become tributaries of the coastal state. Over the years, the Ashanti take power throughout the country and have a powerful army.

At the beginning of the nineteenth century slavery was abolished, but a stormy period of struggles followed against the British invaders. After two bloody conflicts, the British succeed in imposing their own domination in the north and on the coast (becoming colonies of the British Empire). The central part remained in the hands of Ashanti tribe until 1902 when the kingdom was incorporated into the British colony of the Gold Coast.

British colonialism reinforced a strong sense of patriotism that sought to unite the two cultures of the country, the most rural one and linked to the northern part and the Europeanized of the south. In 1946, the British government allowed African officials to enter local governments which marked the beginning of Dr. Kwame Nkrumah’s political ascend to become known as the one who would be called “the Redeemer.” 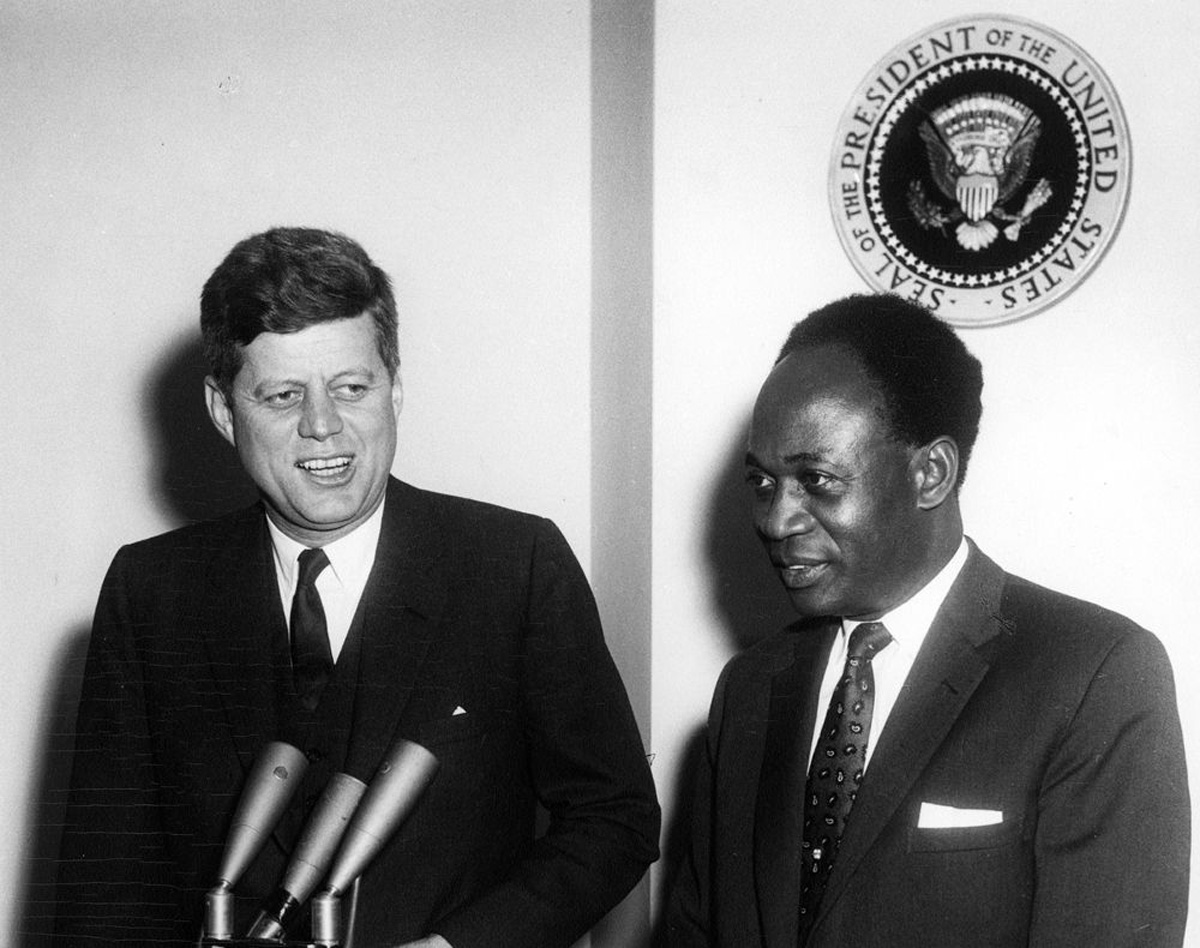 In 1949, Dr. Nkrumah founded the Convention Peoples Party (CPP) and seeks to involve the future of the Ghanaian people in its nationalist project. A few years later he became Prime Minister of the commonwealth country and in 1957 led the country to its historic achievement of independence, which took place on March 6, 1957 to become (the first state to gain independence in sub-Saharan Africa). Independent Ghana joined the UN two days later.

Dr. Nkrumah had a natural inclination to listen to and interpret the feelings of the popular masses and soon becomes a key figure in the national and international circle: his dream was to unite all of Africa in a free, independent federation.

His revolutionary and anti-colonial spirit, however, influences him to accentuate the tones of his politics, which takes an authoritarian line: which consequently leads to his dismissal, which took place in February 1966 by a group of British officers.

This begun an uncertain period that permitted the entry of the Ghana Air Force Revolutionist; Flight Lieutenant Jerry John Rawlings, who takes power on December 31, 1981. His dictatorship leads to the epilation of all people suspected of corruption. In 1992 he resigned as a representative of the Ghana Armed Forces and founded the National Democratic Congress (NDC), a political force inspired by left-centre values.

Flight Lieutenant Jerry Rawlings gives the country a new constitution, which comes into force in 1992 and transforms Ghana into a Presidential Republic.

In 1992, Rawlings topped the election with 58% of the votes and becomes the first president of the Fourth Republic defeating the candidate of the New Patriotic Party (NPP) Albert Adu Boahen. Four years later, President Rawlings was confirmed for a second term with 57% of the electoral votes. 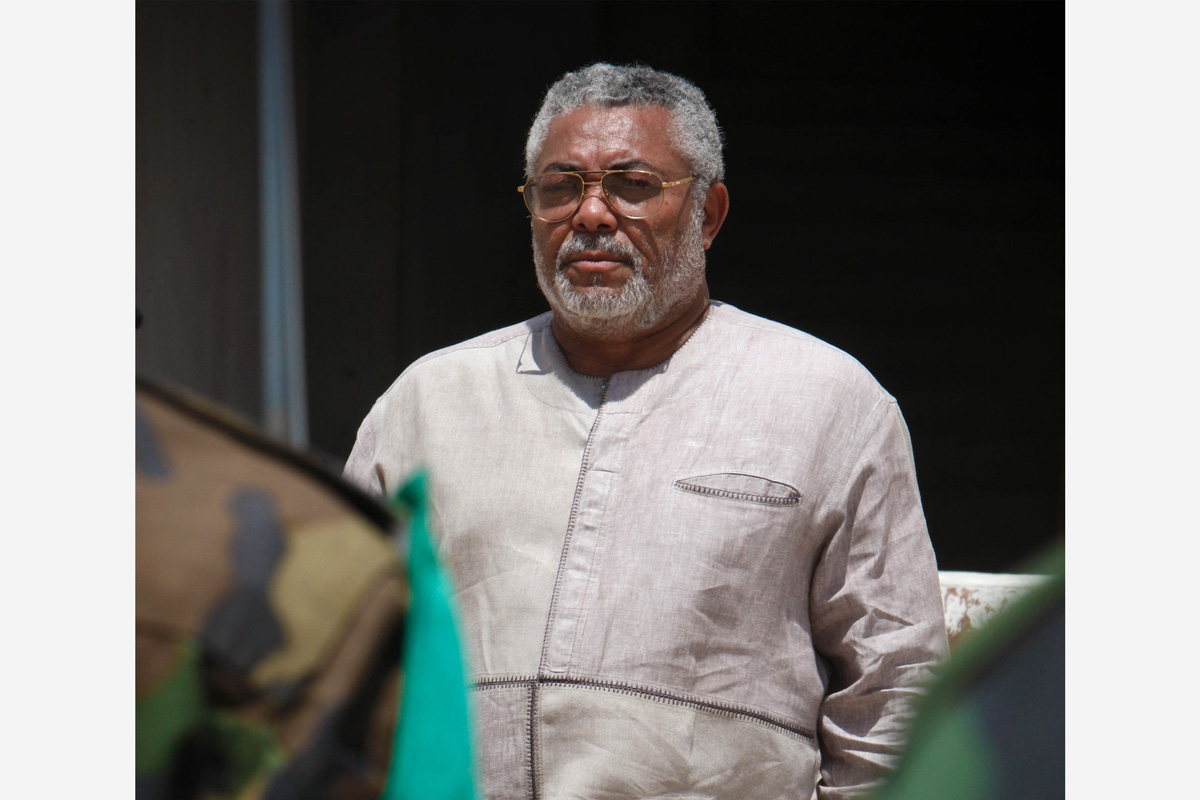 In 2000, the was a succession of power between the two major parties and President John Kufuor, leader of the New Patriotic Party (NPP), was elected, who will remain in the government until 2008. During his government, Ghana will triple its GDP and become one of the most solid countries in the sub-Saharan Africa.

In 2009, power switched back into the hands of the National Democratic Congress under Prof. John Attah Mills, who remains in office until 2012. One year into the end of the first term, His vice President, John Dramani Mahama, takes office and remains in power until December 7, 2016 when he loses the Election to Nana Addo Dankwa Akufo-Addo of the New Patriotic Party, the current President of Ghana.

Since 1992, seven elections have taken place, and the two main parties (NDC and NPP) have swapped power four times. These interchanges are symptom of a stable, free, and transparent Democracy.

Read more: What are the economic sectors experiencing the most growth in Ghana?