From Italy to Ghana and back.
The Adventure of the Console Colasuonno Taricone

Massimiliano Colasuonno Taricone has had a personal and family experience which is a testament of courage and entrepreneurship. His family has been at the forefront of Ghanaian entrepreneurship for decades. An adventure that begun by Ernesto Fiore Taricone in the ’60s,who as a young emigrant, left Italy to settle in Ghana in search of fortune and sixty years later, the company which he founded, Trasacco Group is still present as leaders in various sectors of the Ghanaian Economy. This is an activity which still continues today through the efforts and visions of Massimiliano and his cousins.

His Education and first professional experiences

After completing his university studies in Rome, Massimiliano Colasuonno Taricone immediately entered the working world and begun to pave a way into what was to become his area of specialization in the business sector: the marketing of furniture and Interior design products, and of business contracts. He deals with the development of business relations, brand promotion and the implementation of sales strategies for major Italian brands of the industry. He developed a business acumen of high international standards essential for the success of his businesses.

His encounter with Ghana

In the years of late 90s is when Massimiliano Colasuonno Taricone had his first encounter with Ghana. In reality it can be considered a “return”, because his family is among the best known business dynasties and establishments in the African country; the founders of the Trasacco Group. As a matter of fact, travelling to Ghana was initially an opportunity for the Honorary Consul to visit relatives. And while on tours interests and passions begun for spark for a nation that showed dynamism and potential. 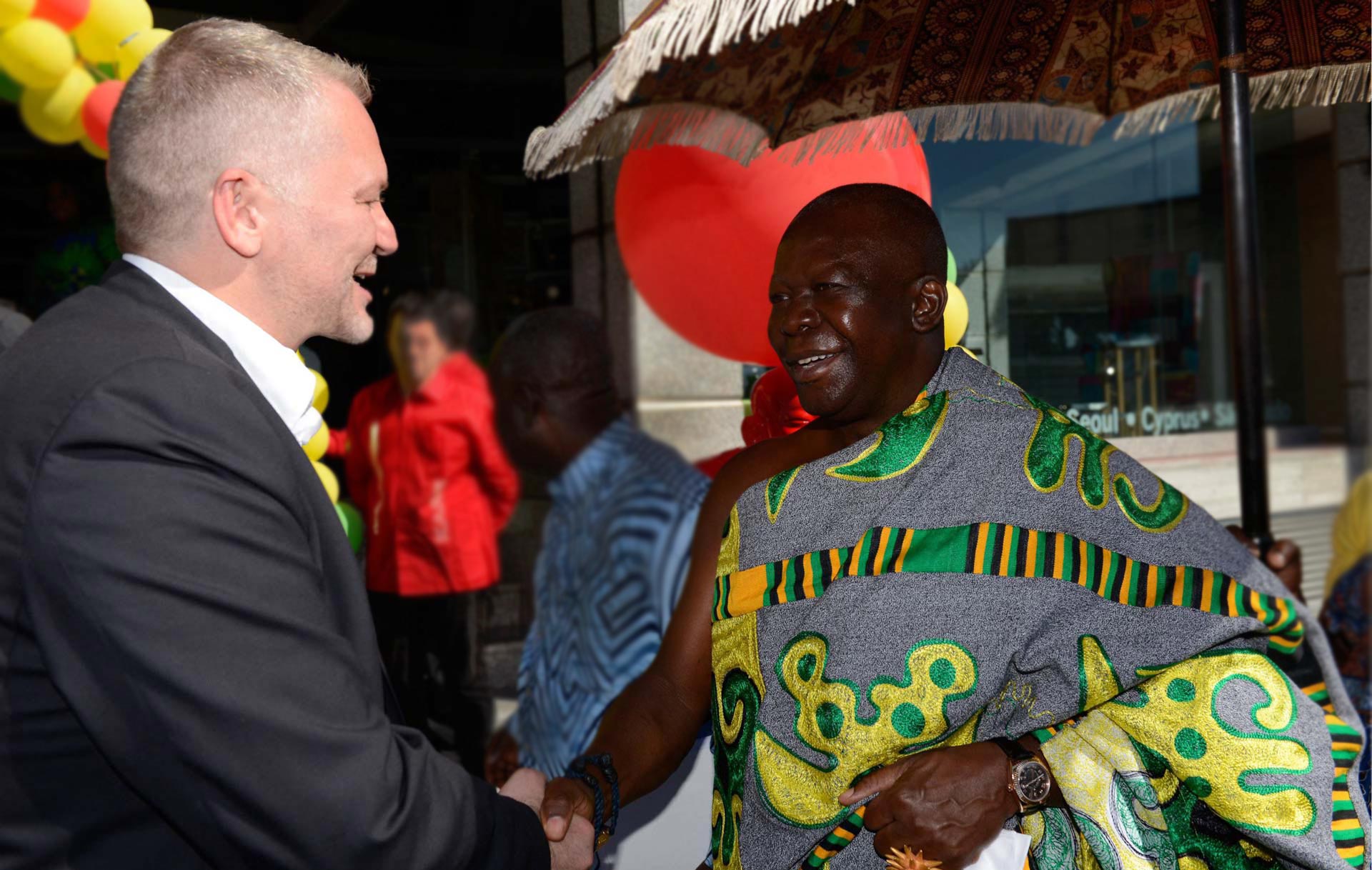 The Honorary Consul Colasuonno Massimiliano Taricone with Otumfuo Osei Tutu, King of Ashanti. Ashanti is one of most important ethnic group of Ghana

This matured into his decision to start his adventure as a business entrepreneur between Ghana-Italy, creating an Italian-Ghanaian company in charge of distributing products of 12 major European furniture brands internationally. Over the next twenty years he participated in the construction of landmark infrastructures of primary importance in the African republic such as: football and hockey stadiums, public infrastructure, hotels and the highest skyscrapers of Ghana, il Villaggio Vista in Accra.

The birth of Casa Trasacco

2007 was the right time for a new business venture. Casa Trasacco Limited, the new jewel of the Trasacco Groups was established and spearheaded personally by Massimiliano. The company deals with import -export of designer furniture for multinational companies, ministries and public institutions and international financial institutions, as well as for some of the most famous hotel chains while focusing specially on trade relations between Italy and Ghana. Since 2010 Casa Trasacco has also developed an ambitious international promotional concept of “Made in Ghana” products.

Simultaneously to the creation of the new company, Massimiliano Colasuonno Taricone was also called to be part of the Board of Directors of the Trasacco Group, and from 2012 as the CEO of Kare Italy, the Italian branch of one of the most famous international designer brands. In 2016 the Government of Ghana awarded him the title of Honorary Consul of Ghana to Italy. This role reflects the double love felt by this personality, who has decided to devote the rest of his time to the development of industrial relations between the two countries. 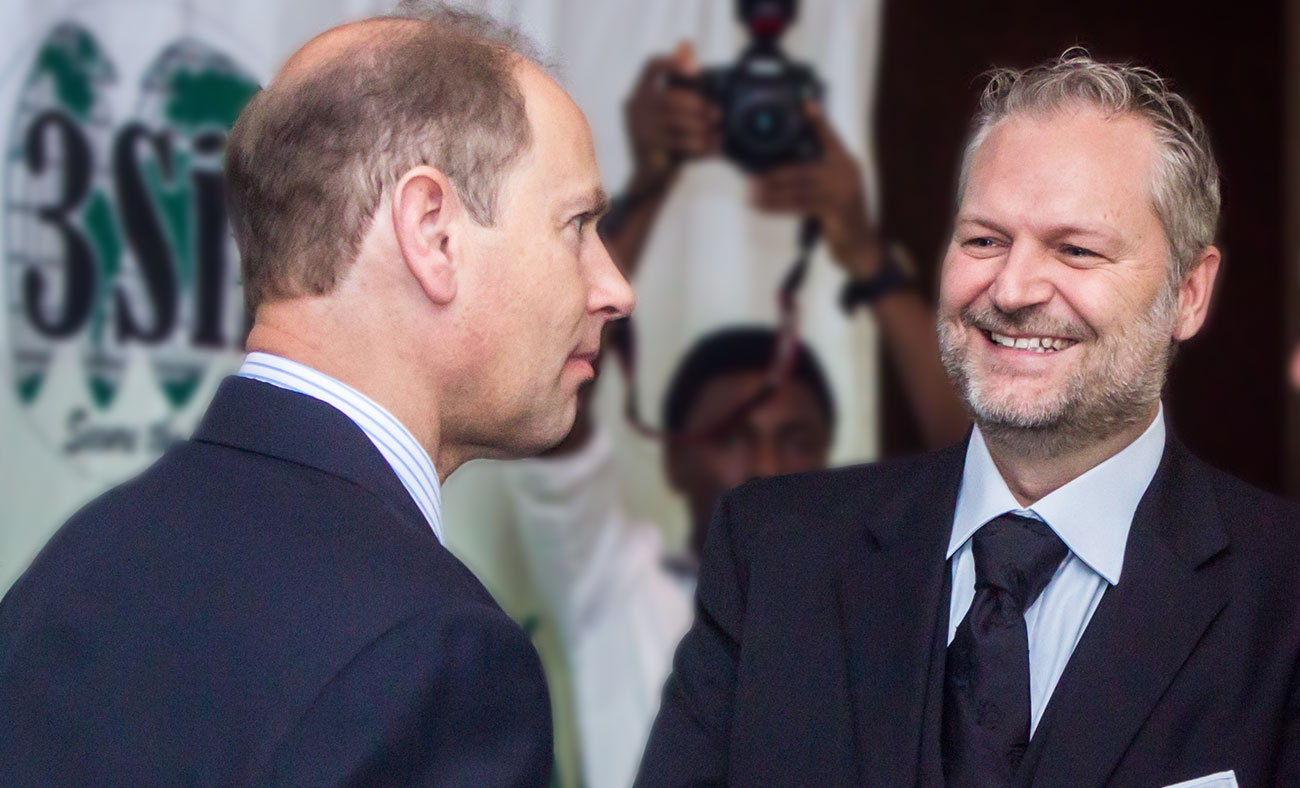 The Honorary Consul Colasuonno Massimiliano Taricone in a meeting with Andrew, Prince of England

The Consul and the football

The human and sports development of the new generations of Ghana is among the programmatic points of the Consul Taricone, who in June 2017 met the leadership of Sassuolo, a team that for years had been in Serie A, to confront the possibility that Emilia-Romagna society opens a Football Academy in Ghana that favors the talents of the very young Ghanaians.

In May 2017, Ghana Honorary Consul intervened in defense of Ghana player Sulley Muntari, a victim of an episode of racism during the Cagliari-Pescara match, and in a few days met the Italian referees to promote a campaign of Awareness of racism on the green field.